But before you start calling animal protection out on me, please let me explain! Toad-in-the-Hole is NOT a terrible act of perverse toad punishment, but a tasty English dish consisting of sausages “hiding” in a giant Yorkshire Pudding (Yorkshire Puddings are similar to American Popovers). What’s not to like?!

This week, we’ve been in the UK visiting family and friends and it has been F-R-E-E-Z-I-N-G with a capital F! After a particularly cold and blustery day my body was screaming out for some good old comfort food, but with only a tin of tuna and the dregs of an All-Bran cereal box lingering in the kitchen, it was not a difficult decision to cook the pack of sausages sitting in an otherwise empty fridge. When I eagerly suggested having toad-in-the-hole to my now “dying of hunger” husband, I could tell by his reaction that my dinner proposal just wasn’t going to cut it. So I pondered, hands on hips, in a Mother Hubbard-esque kitchen, over what I could magically do to transform a pack of paltry sausages into something more desirable?

That was when I had a moment of scintillating sausage inspiration – I was about to indulge in a round of toad-in-the-hole espionage! He loves my Skillet Cornbread so I’ll simply replace the traditional Yorkshire Pudding “hole” with cornbread – and that, my friends, is how this mighty Toad in the Cornhole Recipe was born! 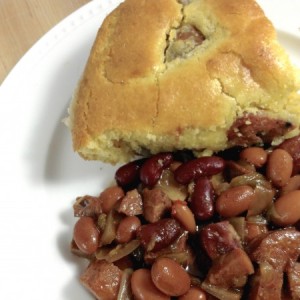 So if you’re in need of some comfort food, but have about as much inclination to be in the kitchen as Donald Trump wants to be in the hairdressers, then this dish is guaranteed to hit the spot!

First you’ll need to pre-heat the oven to 400°F. Then place the sliced sausage and chopped onion into a non-stick cast iron skillet and fry until brown.

Beat the milk, butter and egg in a large mixing bowl and beat with a whisk. 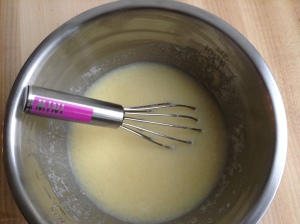 Add in the remaining cornbread ingredients and stir until the flour is moistened, but be careful not to over-stir, the batter should still be lumpy. Pour the mixture over the sausage and onion in the skillet.

Bake for approx. 20 to 25 minutes, until it’s lightly browned and a cake tester inserted into the center comes out clean.

I like to eat my Toad-in-the-Cornhole with a generous helping of Texan Style Baked Beans, Pork n Beans, or good ole Heinz Baked Beans.

To make my Toad-in–the-Cornhole Recipe I used the following equipment:

Followers in the UK, France, Germany, Italy, or Spain can now buy our favourite kitchen tools and gadgets at the Arugula & Rocket Cookshop on Amazon.

Place the sliced sausages and chopped onion in a non-stick cast iron skillet and fry until brown.

Beat the milk, butter and egg in large mixing bowl with a beater whisk.

Add in the remaining cornbread ingredients and stir until flour is moistened (batter will be lumpy).

Pour into the skillet, over the sausage and onion, and bake for approx. 20 to 25 minutes, until lightly browned and a cake tester inserted into the center comes out clean.

4 thoughts on “Toad in the Cornhole” 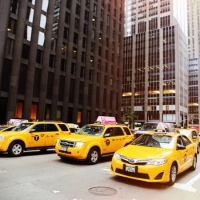